Mala-Daki Simmentals had some outstanding results at this year's show with Reserve Senior Champion Female with Mala-Daki Dreama E384. Dreama was sold at the RAS All Breeds Sale and has gone to a junior in Nowra. 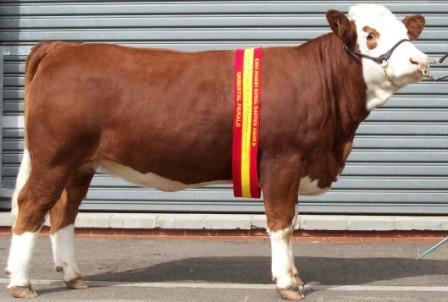 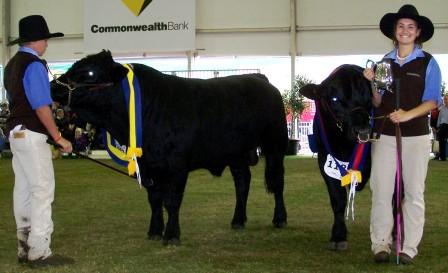 Mala-Daki Crockett D377 was awarded first place in Bull class over 24 and not over 30 months.

Mala-Daki Ansar E424 was placed 5th in her class over 16 and not over 24 months. Ansar was sold at the RAS All Breeds Sale and has gone to South Australia to a Junior Member.

Mala-Daki Lilibet A274 was in the front row of an outstanding cow class. Her thumping 8 month old calf at foot (AI by the great sire Avoncroft Aster) received a lot of great comments.

Congratulations to Lucky Clover Flick who was placed 2nd in his class Bull over 20 and not over 24 months. 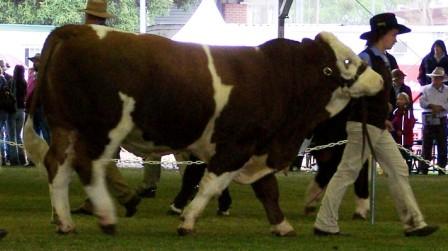 A big thankyou to Jess and Jen Impey, Lucky Clover Simmentals and to Jake Latham, from Coolah, first time at Sydney Show, for their great efforts with maintaining the cattle and preparing and showing on judging day. Great effort to all and THANKS. 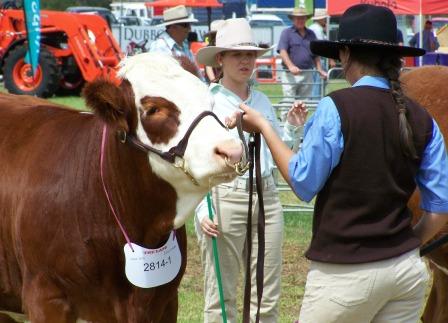 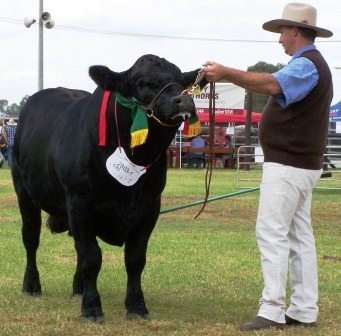 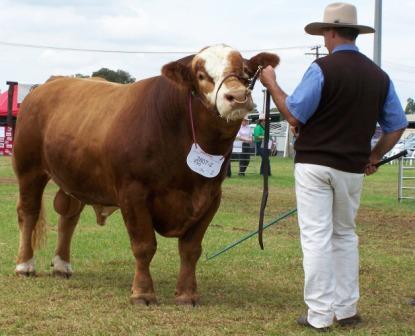 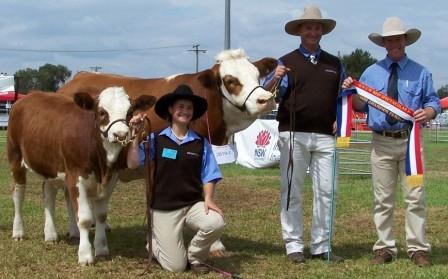