This year we have shown at our local Show Crookwell in February, Dubbo Beef Spectacular in March and Sydney Royal Easter Show in April. We are hoping to take a team to the World Simmental Congress which is happening as part of the Melbourne Royal Show in September this year.

We had a very successful return to showing at this year’s Sydney Royal Easter Show. Our team of eight (plus a calf) proved to be a good selection.

In the first class of judging female 9 & not over 12 months we had 2 heifers: Mala-Daki Rosanne E386 and Mala-Daki Nickey E392 both sired by Illawong Farm Brinkton. Rosanne placed 2nd in her class, with Nickey unplaced. 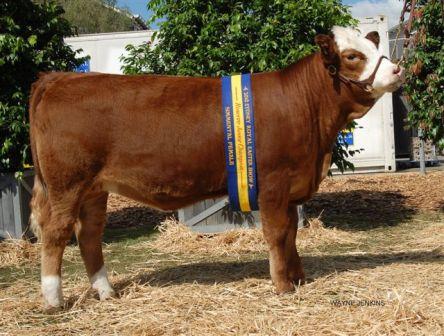 Mala-Daki Lilibet D354 was our next entrant in female over 16 & not over 20 months. She is a daughter of Heywood Esquire out of one of our top cows sired by Zeuwald. Lilibet placed 3rd in this class. 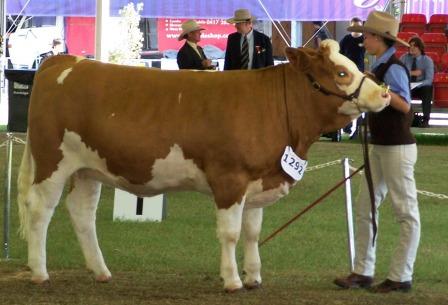 In the female over 30 months Mala-Daki Ureaka A276, a 4 ½ year old cow with her second calf at foot, a 6 ½ month calf sired by Barana Emerald, was placed 4th in a very strong field of females. 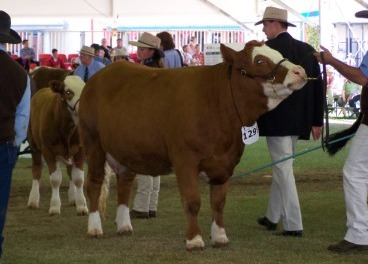 We had taken to ET sons of Hooks Majestic. These bulls came up against each other in the Bull, 16 & not over 20 month class. It was an exciting time to see our bulls take 1st (D364) and 3rd (D352) in a very strong class of junior bulls. Mala-Daki Crockett D377 was unplaced in the class but received a lot of attention for his outstanding muscle (he is an AI son of LBR Crockett). 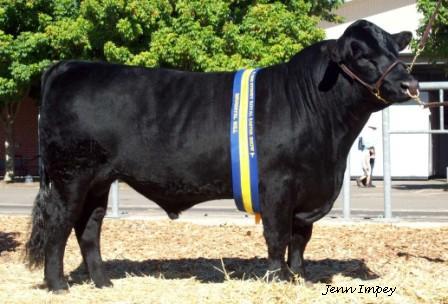 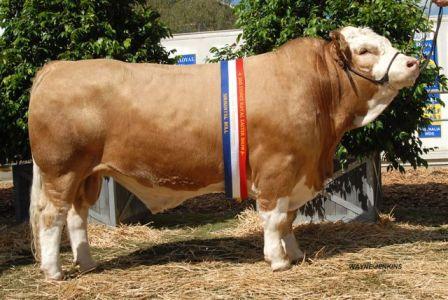 In the Two Bulls not over 24 months class we entered our ET Majestic brothers. We were the only entrant in this class however the bulls really stood out for their uniformity and similarity to win Champion Two Bulls. 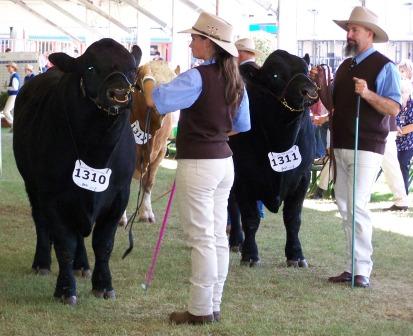 Mala-Daki Simmentals were awarded Most Successful Simmental Exhibitor and also Best Maintained Team over 5 head in the Simmental section.

Thank you to the judge Mr Tom Baker, the RAS, all Stewards and of course all the spectators.

It was great to have Mr Peter Speers on the microphone commentating the Simmental judging – sorry about the confusion with all the J Impey’s.